Lightning Strikes Twice – The Tale of the Bolt

On July 12th 2018, the bureau of meteorology here in Australia were forecasting stormy weather. They reckoned that a line of electrical storms would move northwards up the east coast of Australia during the afternoon and early evening before building and then heading out to sea. I looked at the maps and reckoned that we were going to cop one of those storm cells right on our heads. I wouldn’t regard myself as a stormchaser, but if a storm’s going to drop right in your lap it would be a shame to waste the opportunity, right? So I headed out an hour before sunset to photograph it. During the storm’s run I saw plenty of lightning strikes, but there were two particularly big ones and they both touched down in Seven Mile Beach National Park, about 8km to my south. I photographed both of those strikes and got great images on both occasions.

Meanwhile, a car travelling south down the Bolong Road between Gerroa and Shoalhaven Heads reported seeing a lightning strike and smoke and, being community-minded folks, phoned it in. The call was directed to Shoalhaven Heads Rural Fire Brigade who responded to the call and sent a crew out in the tender to investigate. When they arrived on scene they found one very badly damaged tree and a small bushfire. There wasn’t much they could do for the tree, but they extinguished the bushfire and returned to base. 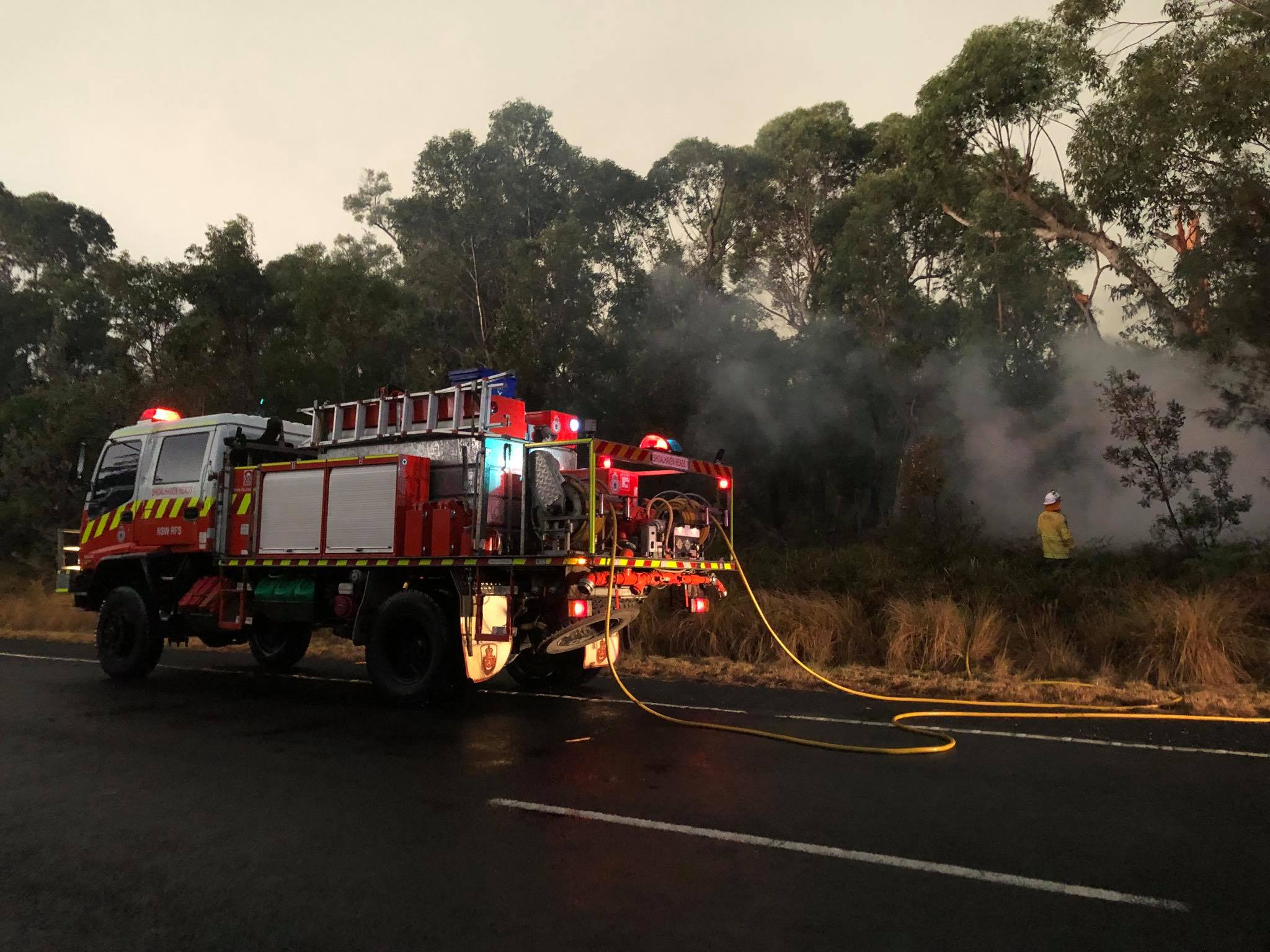 Later that evening I saw their post on Facebook about the lightning strike and realised that I must have photographed the every moment the tree got struck. I looked at my photographs and, from the location information about the strike and the timing, worked out that it was this precise moment … 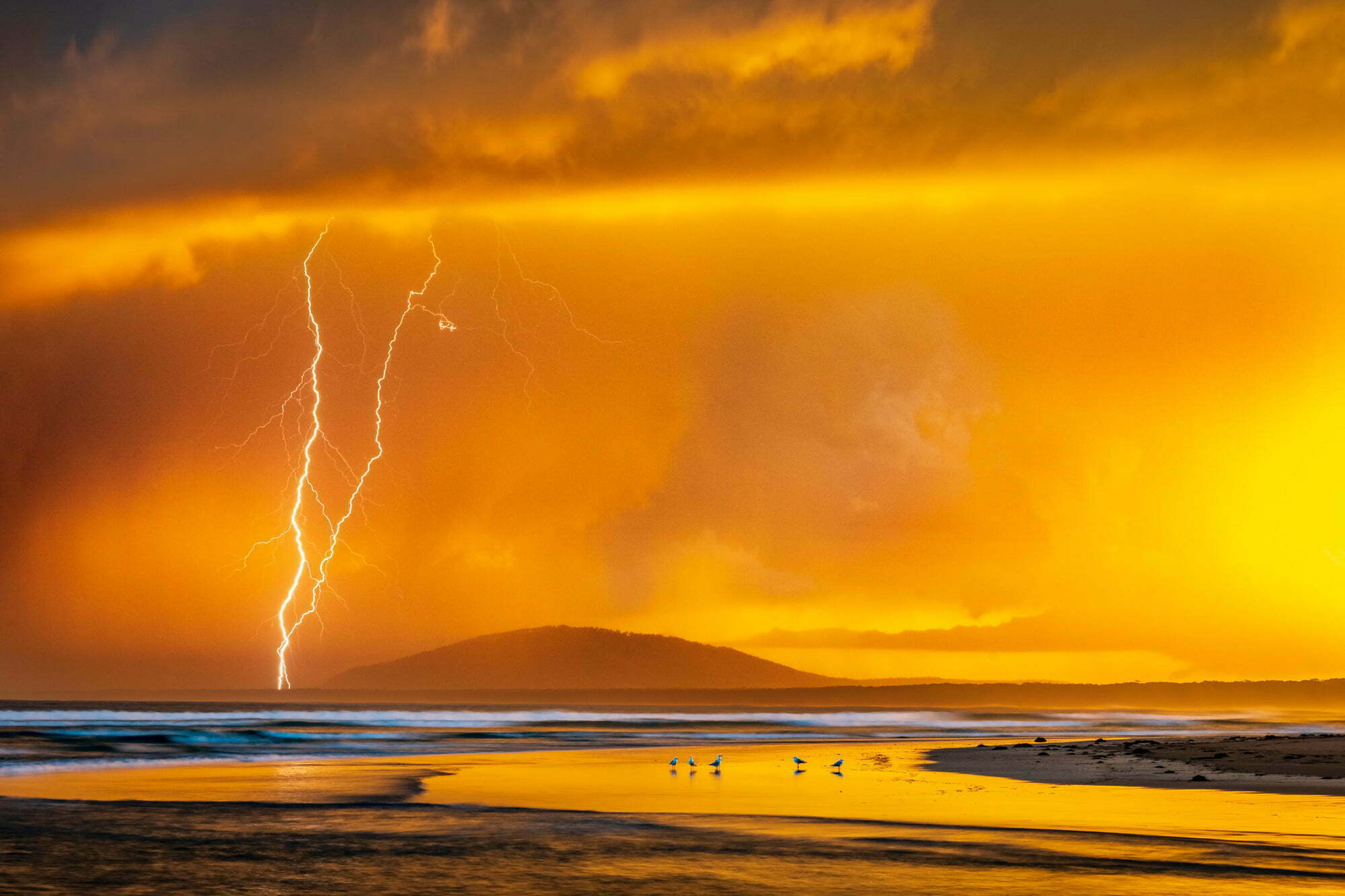 As you can see, a couple of sizeable bolts touched down on the edge of Seven Mile Beach National Park and it was that bad boy on the left which I reckon did the damage. If you’re curious as to what a lightning bolt of that size does to a poor unsuspecting tree, then feast your eyes on this … 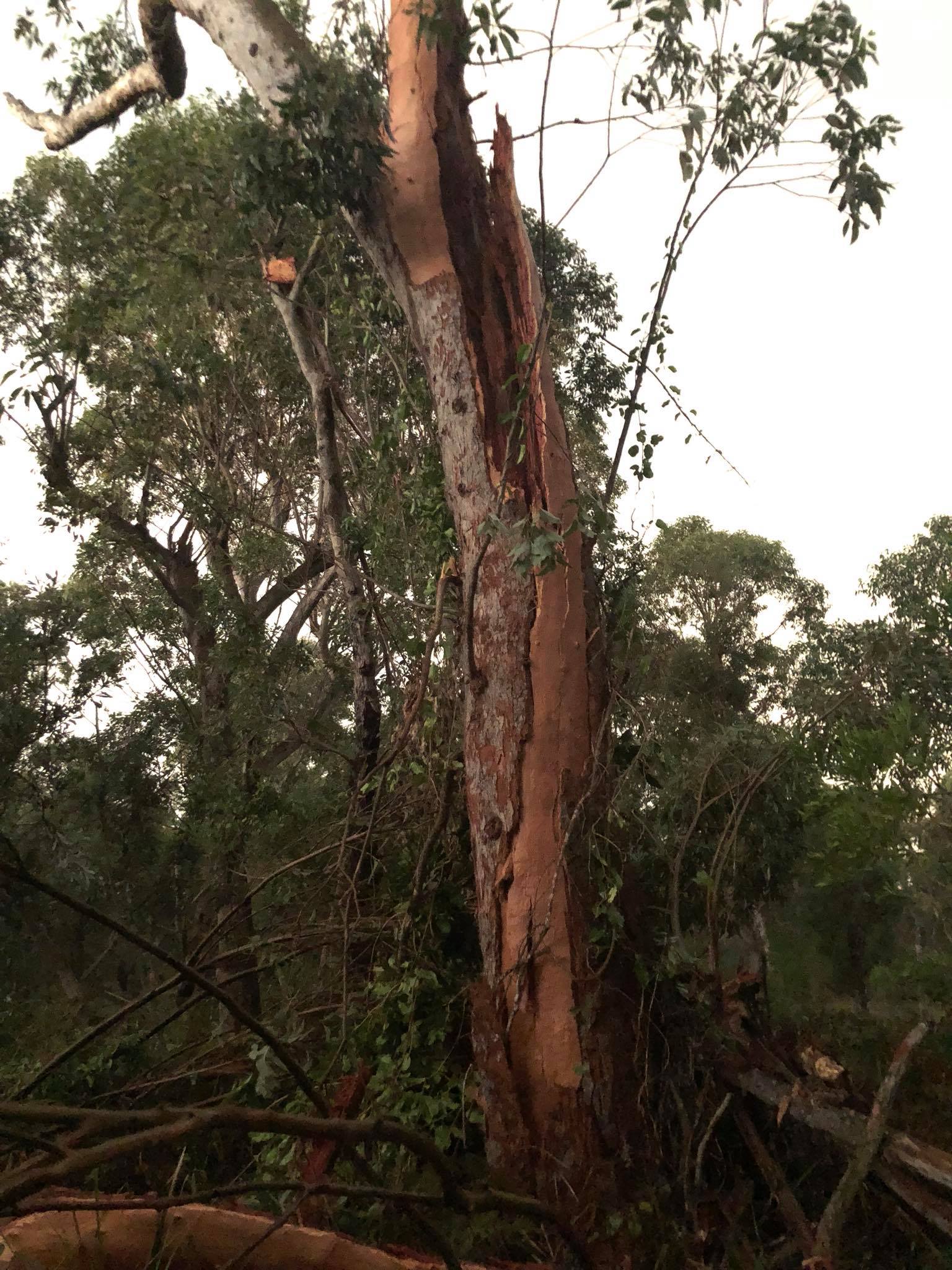