The South Coast of New South Wales is a sleepy sort of a place. There’s no heavy industry here, no mining and no big cities. What it does have is amazing scenery – lovely pristine beaches, enormous untouched national parks. It has been a popular holiday destination for a long time and, assuming climate change doesn’t further devastate this area, will continue to attract holidaymakers southwards.

Back at the start of the year this part of the world was enduring the worst bushfire season in a generation and, as we all watched the daily updates from the amazing members of the RFS, we thought that fire was going to be the worst of it. But the only constant in life is change and those of us lucky enough to live in wealthy countries were about to get a taste of the sort of upheaveal that everyone else has been dealing with all along …

With so much of the Shoalhaven region burning, tourists who would have flocked to the area during the summer school holidays, were told to stay away. Some parts of the region were cut off completely by the fires meaning that supply trucks could not make their regular drops to the shops and supermarkets. This meant that there was considerable acrimony towards tourists that decided to visit anyway and ended up fighting for the limited resources of water and food in the stores. As a consequence of the fires, the beaches were uncommonly quiet for that time of the year.
January 22

I love photographing the seabirds at Gerroa. Pretty often it’s just me and them on the beach, enjoying a vibrant sunset. Seven Mile Beach is a flat and shallow beach with no drop-off at all, which means you can get glassy reflections in the sand as the tide’s going out – April 25 & June 16

These are some of my favourite kinds of shots to take. They’re taken with an extremely low aperture so that the lens is wide open. This creates a very narrow focal plane in which only a small slice of the image is in focus. So if you shoot wide open in front of a rising sun and focus on some dune grass you get this awesome effect. October 4, October 5, October 12.

As we headed towards the end of the year, restrictions continued to ease here in N.S.W. It’s pretty evident by now that this global pandemic has revealed the very best and the very worst in people. The very best are of course those people working in healthcare who have put their own lives on the line repeatedly caring for people with the illness. And the very worst were those people who bought into the deluded fantasy that the virus was fake and in so-doing endangered the lives of their fellow citizens. If I hope for one thing in 2021, it’s that we find a way of cutting out the cancer of conspiracy fantasies and paranoid bullshit like anti-vaxx, big reset and climate-change denial and, since day-dreams cost nothing, I’d also like a world in which we weren’t governed by the politics of hate on the far-right – December 3. 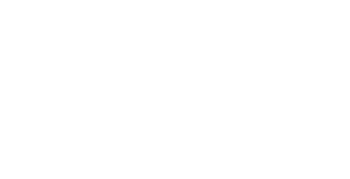